The Risavika Liquefaction Plant (“RLP”) is a mid-scale natural gas and biogas liquefaction facility located in Risavika harbour, Southern Norway. The plant was commissioned in 2010 and is equipped with a full suite of state-of-the-art production, storage and loading facilities. RLP has an annual nameplate production capacity of 300,000 metric tonnes of Liquefied Natural Gas (“LNG”) / Liquefied Biogas (“LBG”), corresponding to the energy needs of two cities the size of Stavanger.

The plant has been designed with future expansion in mind; land and infrastructure exists for the development of a second liquefaction train which could potentially double the capacity of the plant.

RLP plays a critical role in enabling a lower carbon footprint for the Nordic industrial and road transportation market as well as the maritime segment across Northwest Europe.

What is Liquified Natural Gas ("LNG")?

LNG is natural gas cooled to about -163°C. Cooling causes the gas to condense and transform from gas to liquid, which means that the volume of the gas is reduced by about 600 times.

LNG is odorless, colorless, and has a specific gravity below half that of water (0.45). Gas in liquid form can be transported in a tanker / container or specially built ships. Production of LNG makes it possible for new geographical markets, which do not have access to gas through pipeline systems, to use natural gas. 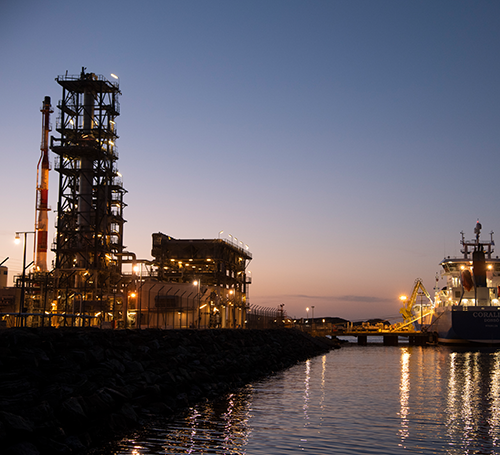 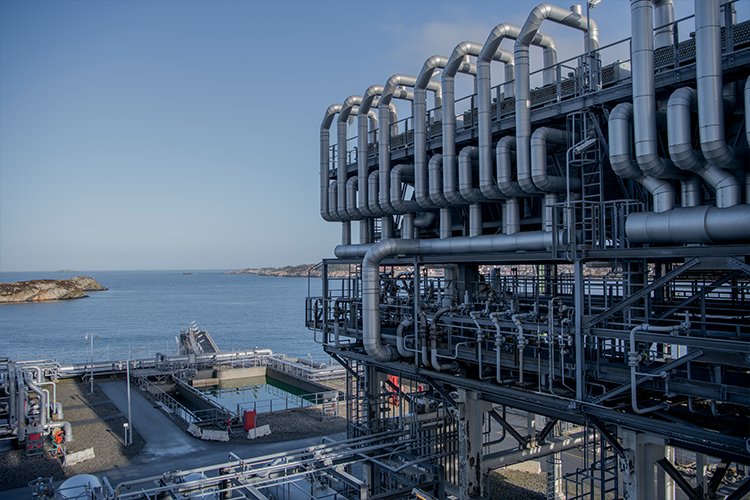 Benefits of liquefaction at RLP

NSMP's commitment to the operation and ongoing development of RLP not only offers customers a flexible liquefaction service, but can also deliver the following significant benefits:

The road tanker loading station is designed to load 10 LNG trucks with a capacity of 50-58 m3 within 12 hours (daylight) every day of the year.

NSMP welcomes enquiries for purchasing liquefaction capacity at the Risavika Liquefaction Plant, any incoming enquiries will receive swift and focused attention. With NSMP's midstream focus, we offer the same high quality and flexible service for all our customers.

RLP is located in Risavika harbour in Southern Norway, which is a highly attractive location with excellent, flexible logistics and extensive feed gas availability due to its connection to the Kårstø Processing Plant.

RLP provides customers with multi-modal offtake options including and on-site vessel loading jetty and road tanker loading facilities. Due to RLP's physical pipeline connections to the European gas grid and grid-connected biogas producers, RLP is capable of delivering certified Liquefied BioGas ("LBG") to its customers, differentiating the plant as a significant source of LBG to the Northern Eurpoean markets.

Enquiries for third party access to liquefaction capacity should be made to the Commercial and Business Development Director.