This landmark event marks the first time that significant volumes of gas originating from the Norwegian continental shelf have been transported via the FUKA system. NSMP worked closely with its operating partner px Limited and Equinor to coordinate a safe start-up of the gas export and NSMP looks forward to providing best-in-class gas transportation and processing services to the Martin Linge owners. 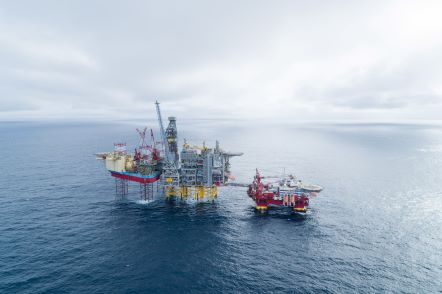 The Martin Linge field is located approximately 170 kilometers east of the Shetland Islands in the Norwegian sector of the North Sea. Oil production is processed on a storage vessel and lifted by shuttle tankers and the rich gas is transported through the Frigg UK Association (“FUKA”) pipeline system to the NSMP St. Fergus Gas Terminal where it is processed before entering the UK National Transmission System.

The Martin Linge field will help extend the life of both the FUKA pipeline system and the St. Fergus Gas Terminal, ensuring continued security of energy supply for the United Kingdom as well as supporting the local economy in the North East of Scotland.

“We are delighted to celebrate the milestone of first gas received from the Martin Linge field. We have worked closely with our operating partner px Limited and Equinor during the field development phase to ensure safe project delivery and look forward to working with the Martin Linge owners for many years to come.”

“This is a fantastic landmark achievement after five years of working closely with our partner NSMP at St. Fergus - we’re delighted to have contributed at every stage of the development in the lead up to first production. Congratulations to all involved.”